Built to the highest of standards and fully compliant with both Part L of the Building Regulations our 13.72 kWp Solar PV system features 49 solar panels mounted on the auditorium’s large un-shaded roof. A self-ballasted non-penetrative mounting system was used thereby requiring no penetration of the roof surface.

The system generates 12,334 kWh per annum and with the majority of the solar electricity generated used in the building, the school benefits from minimising its grid electricity requirement and saves 6.4 tons of CO2 per annum. 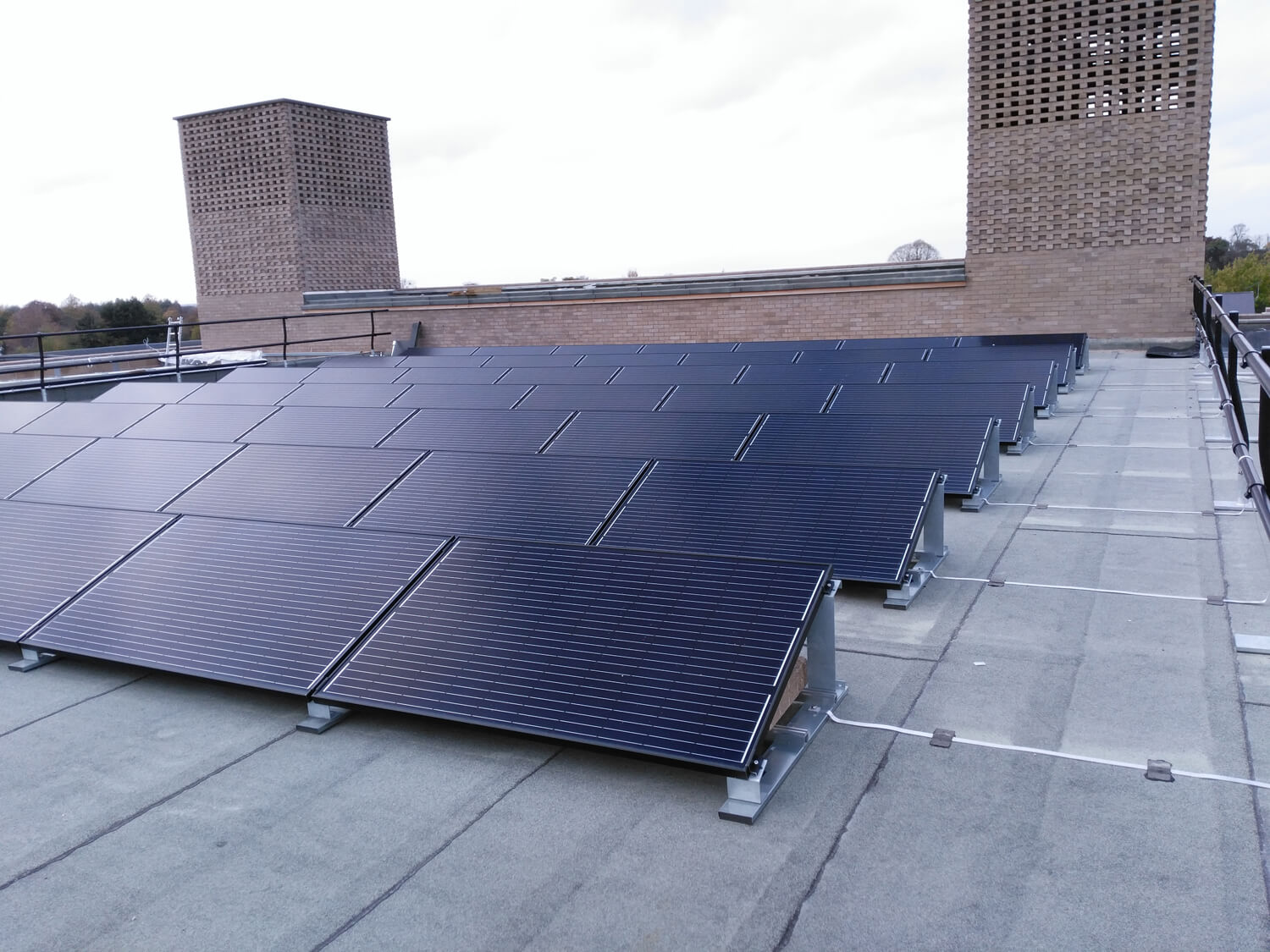 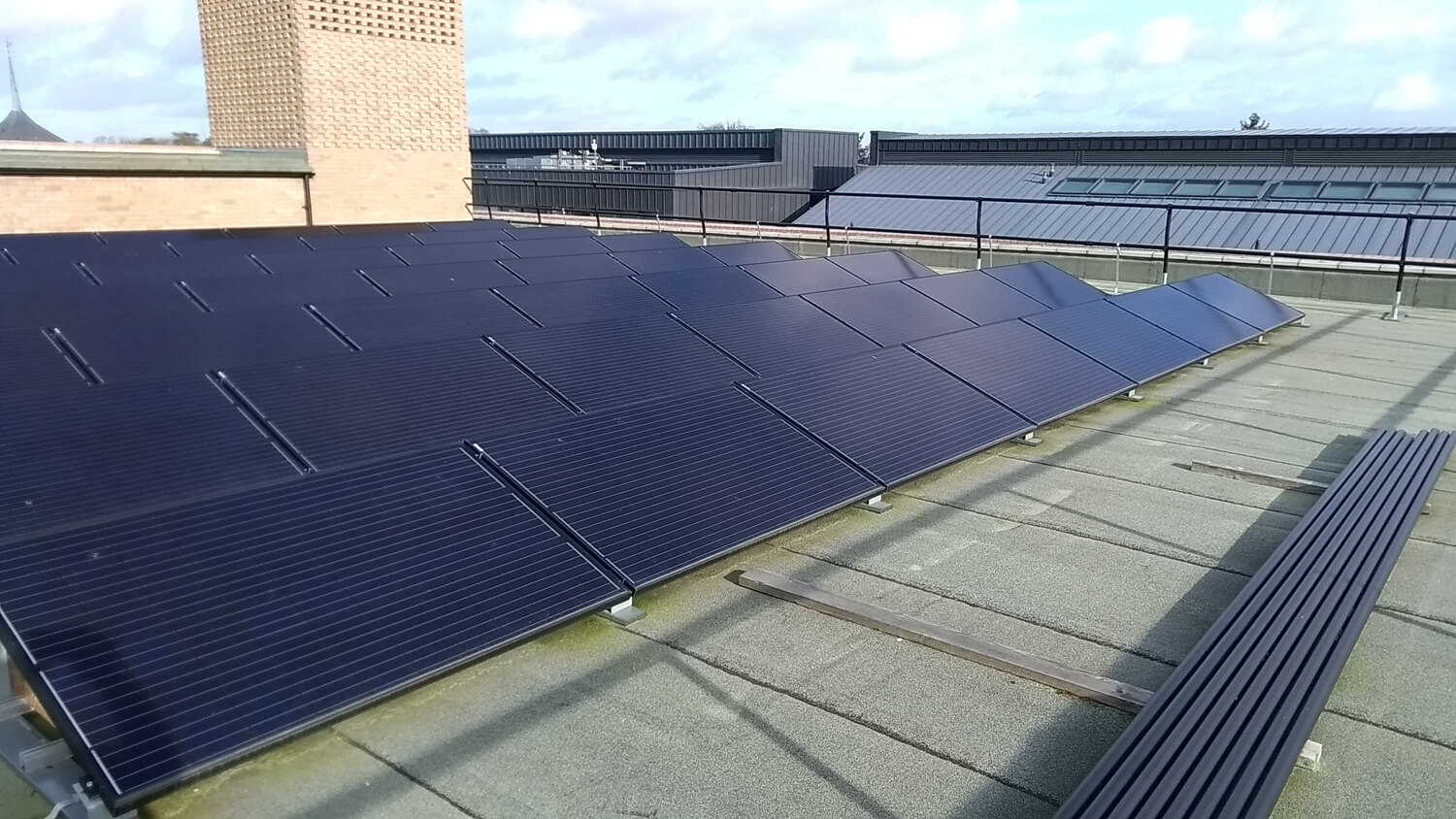