Commissioned by the Hotel Group’s forward-thinking owners, we designed and installed a 70.68 kWp Solar PV System to the roof of this busy hotel in the heart of Amman, Jordan.

The two year project commenced with a detailed site survey and analysis of their half-hourly grid electricity consumption data. With high daytime usage and electricity prices increasing significantly year on year the hotel was keen to reduce their reliance on the grid and impact on the environment.

The presence of significant HVAC equipment on the roof meant that for a Solar PV system to be worthwhile, the panels would need to be raised 6m above the plane of the roof surface so as to be unshaded.

The Treadlighter team included a local Architect and Structural Engineer to assist with obtaining planning consent and the design and fabrication of the secondary steel framework. Once grid-connection permission was received from the state electricity provider JEPCO, the installation was completed in 6 weeks.

Web-based monitoring enables the system’s performance to be viewed by head office and  communicates the group’s investment in green technology.

With a very high 24/7 continuous base load, all of the 115,835 kWh of solar electricity generated per annum is used by the hotel thereby reducing their grid consumption and saving 60.12t CO2 pa.

The IBIS Amman was one of the first hotels to benefit from Solar PV technology in Jordan. 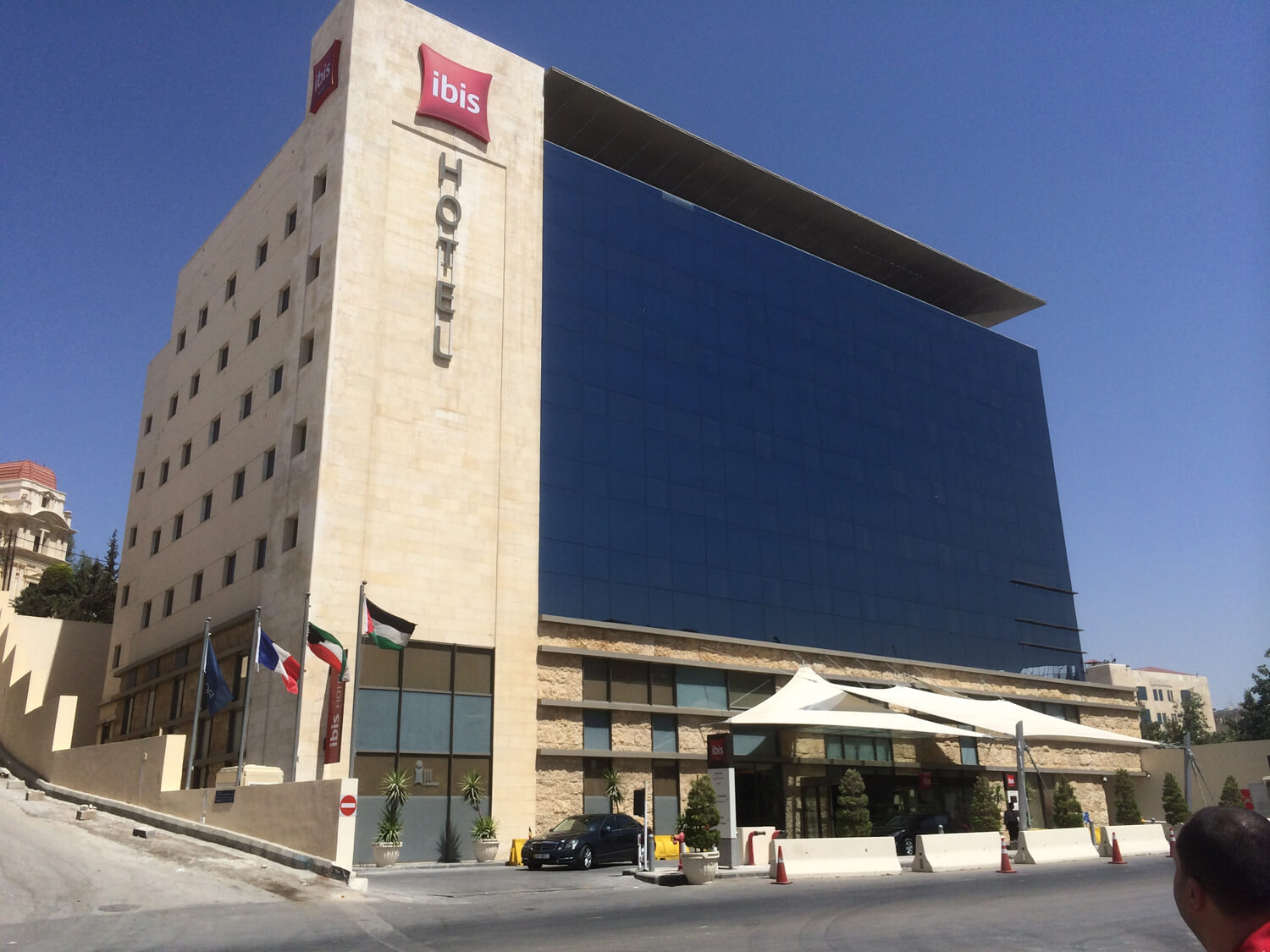 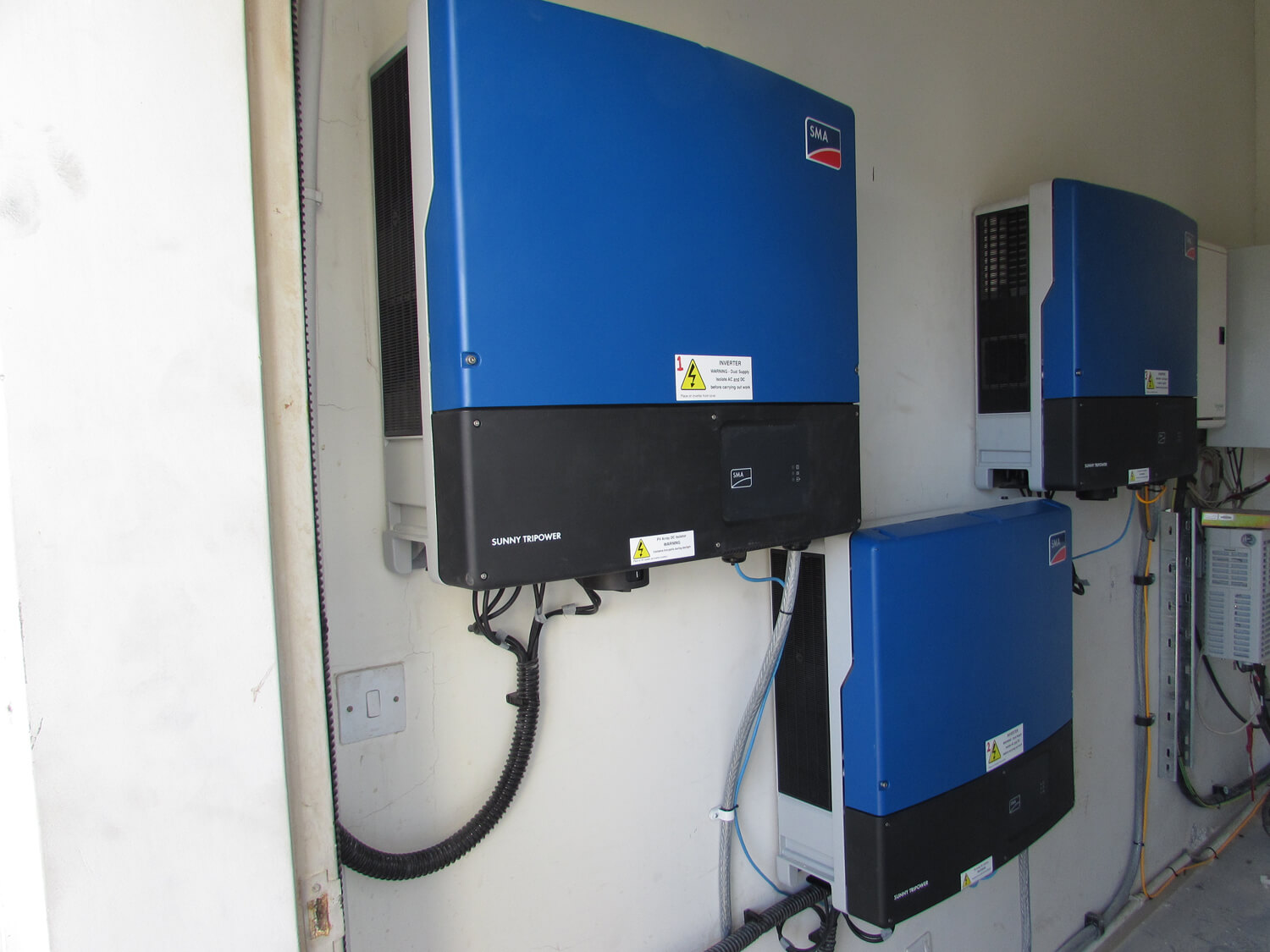 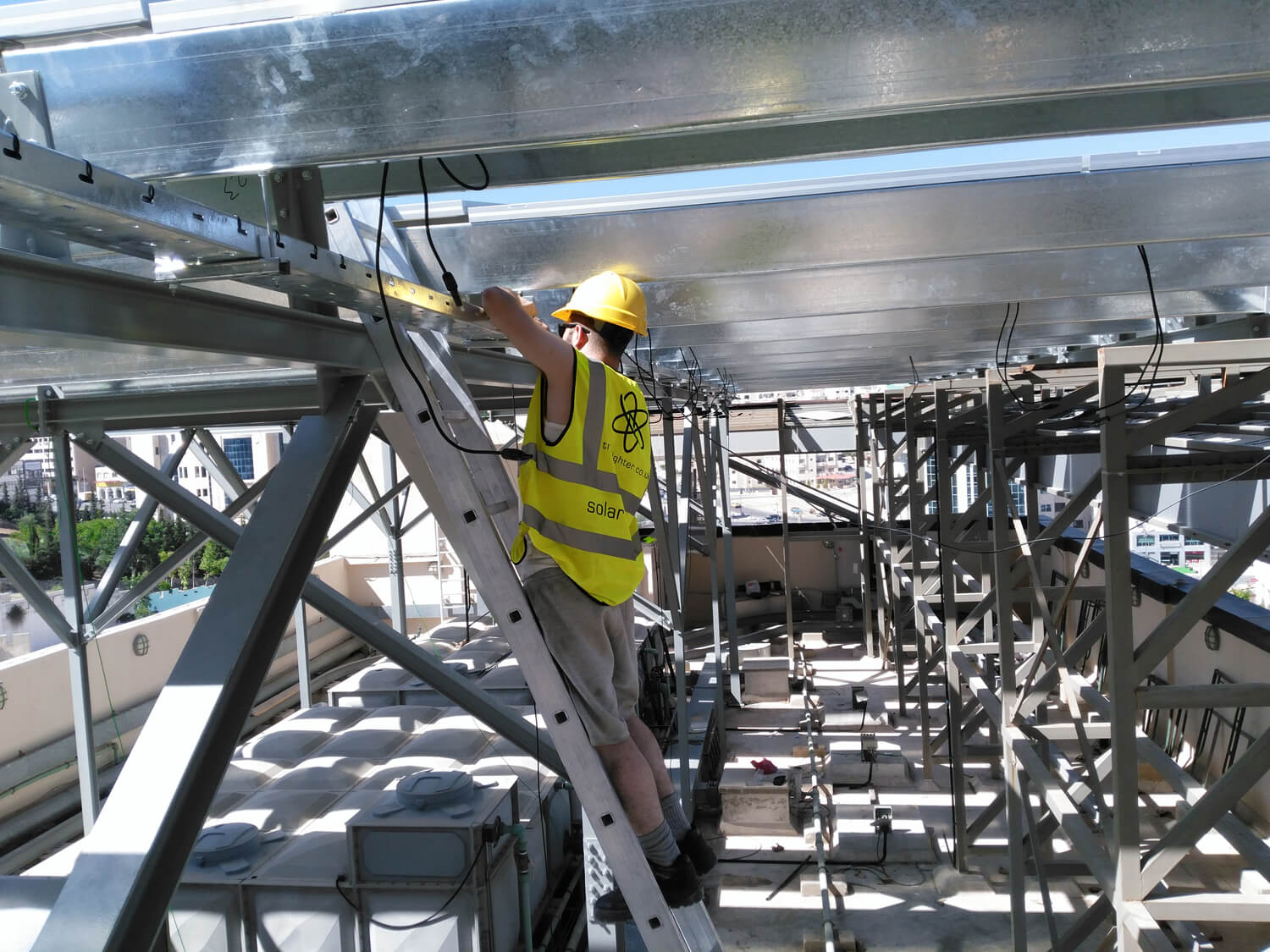 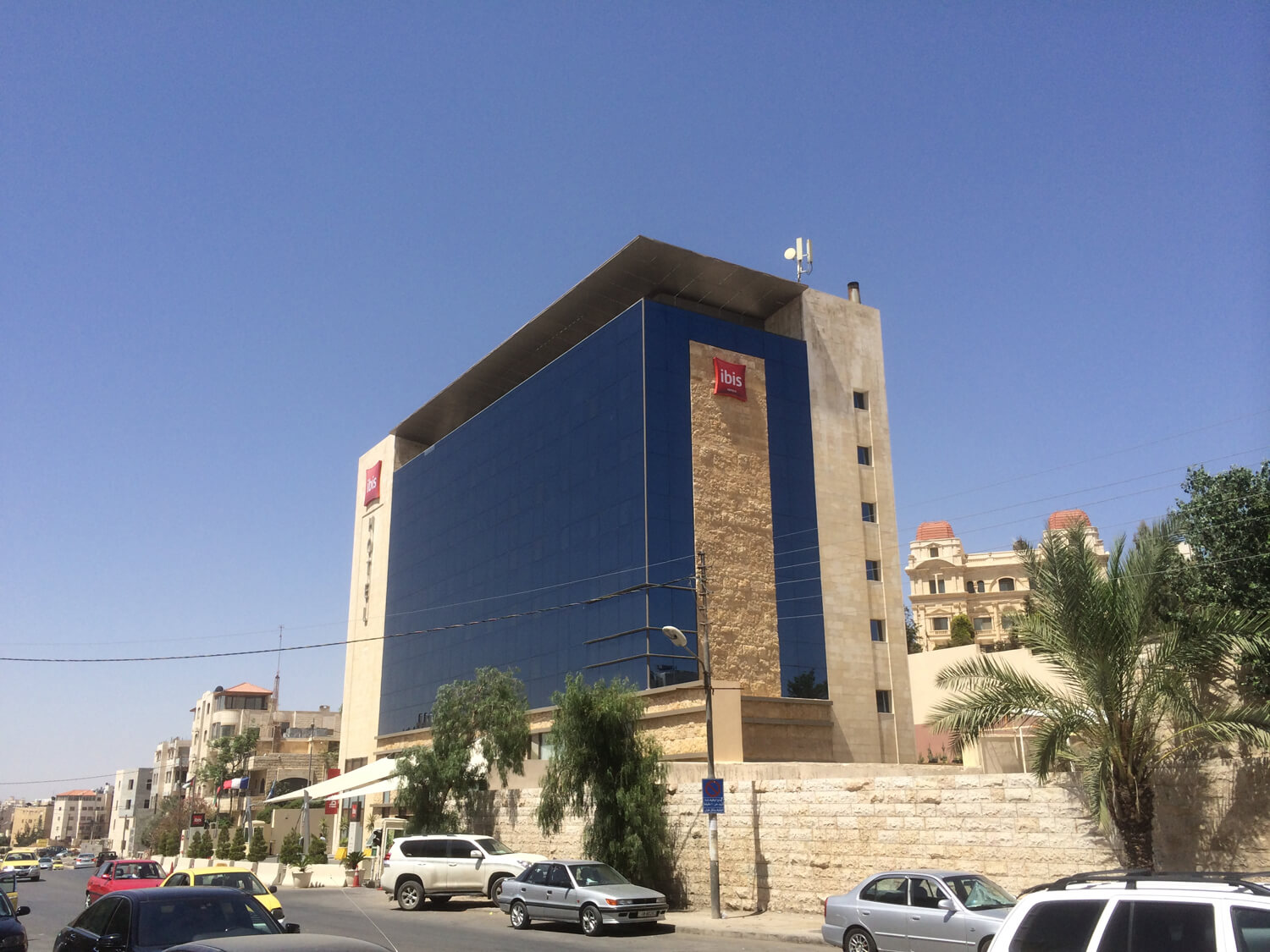 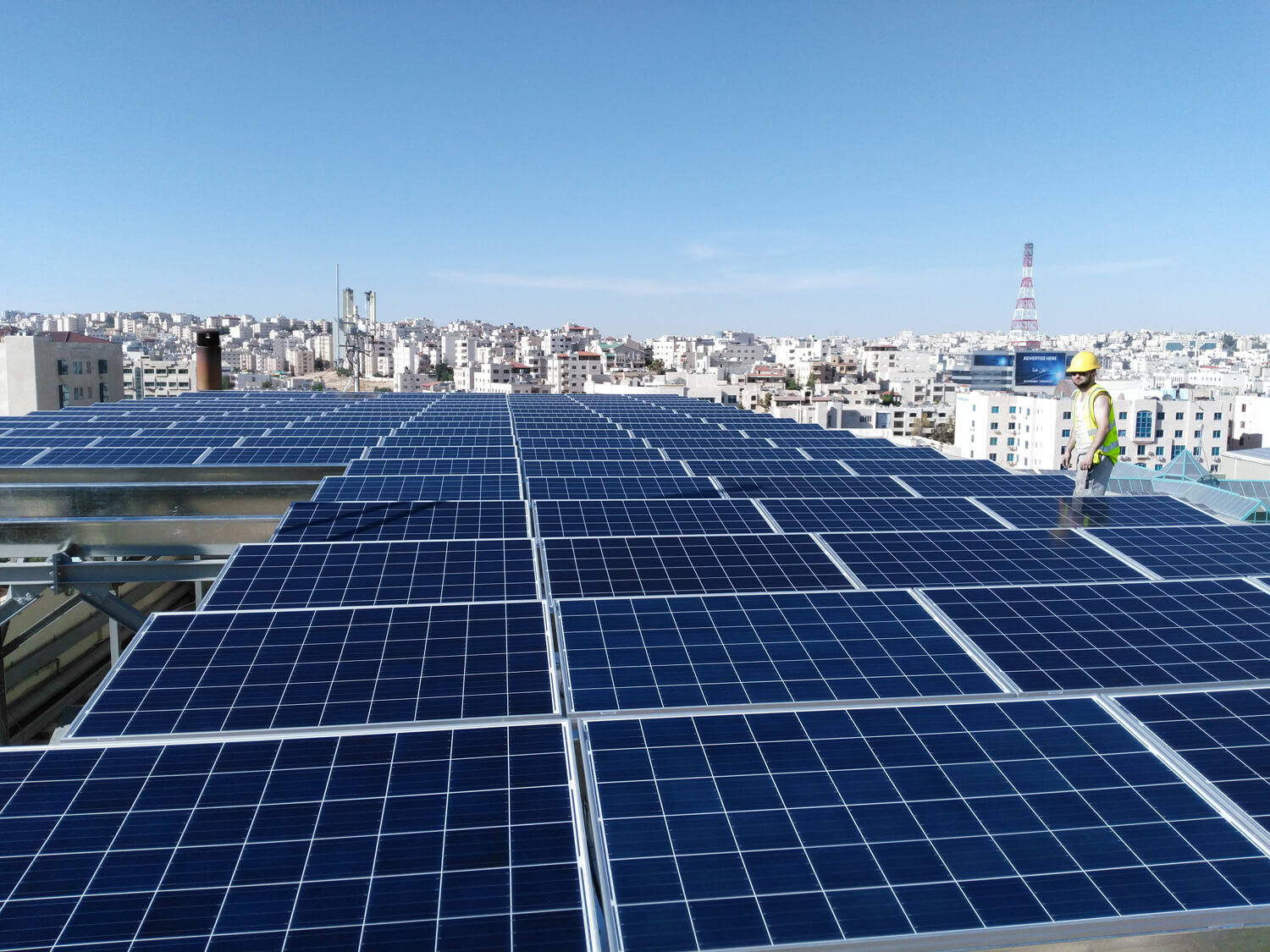 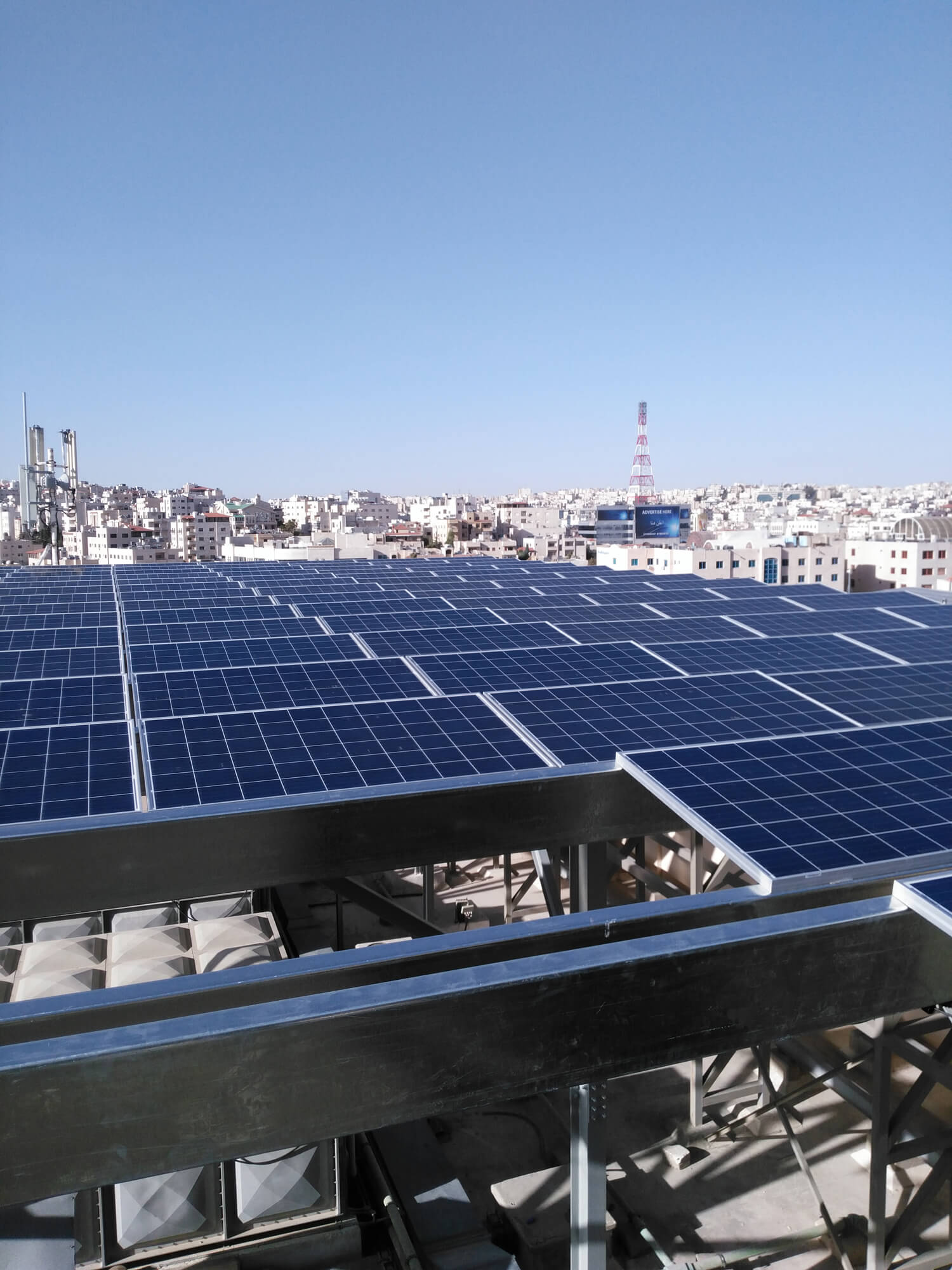 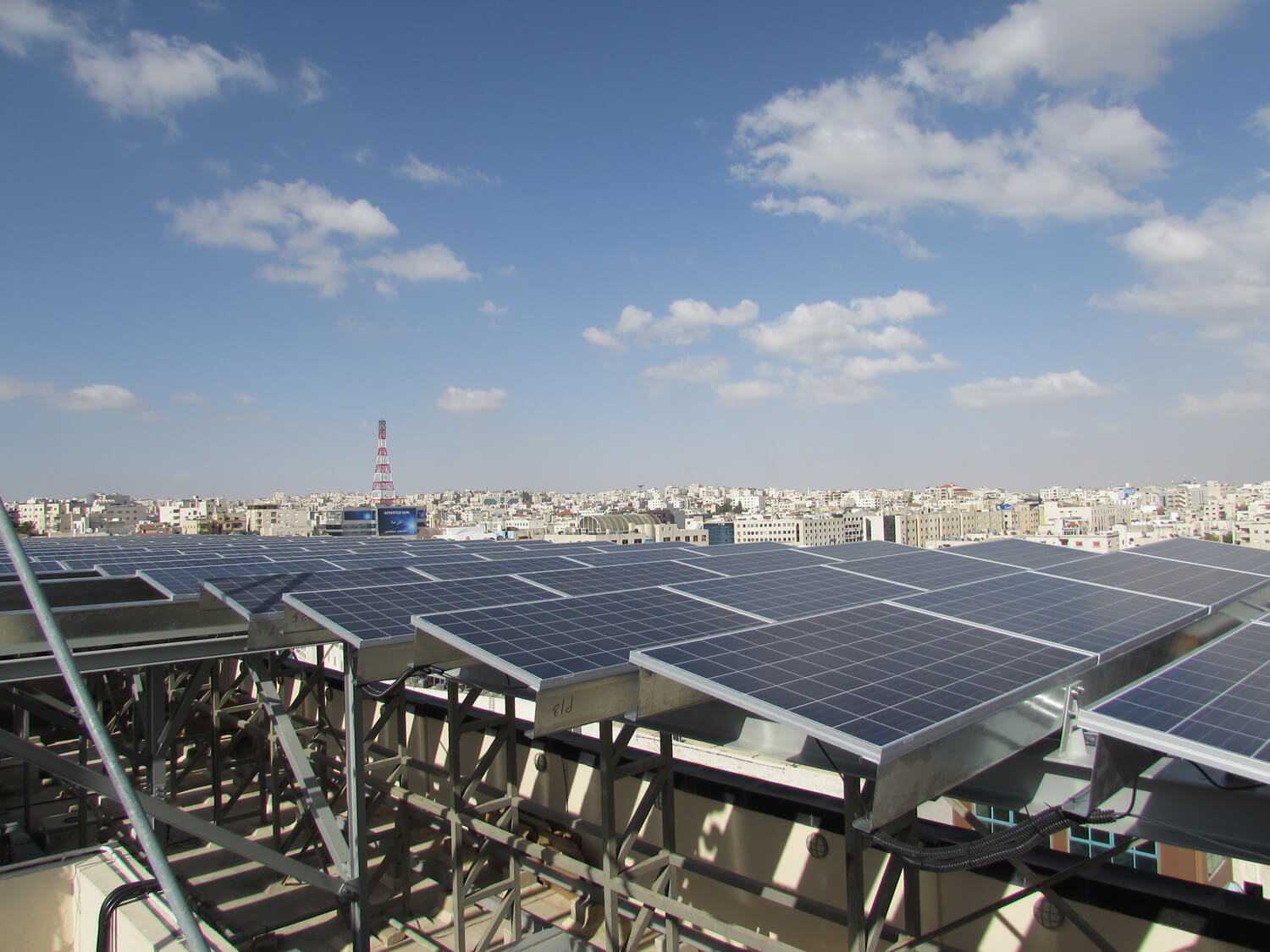 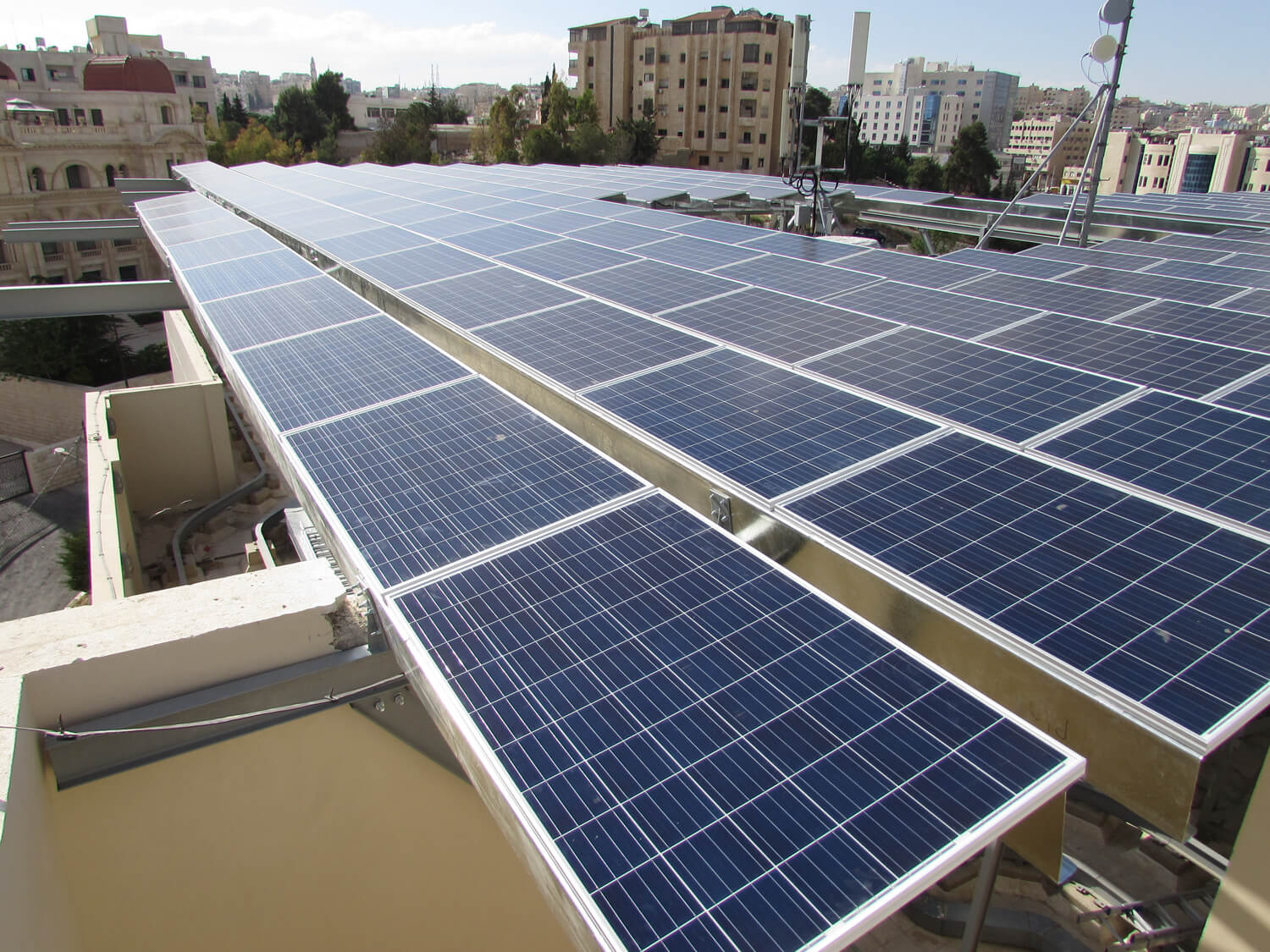 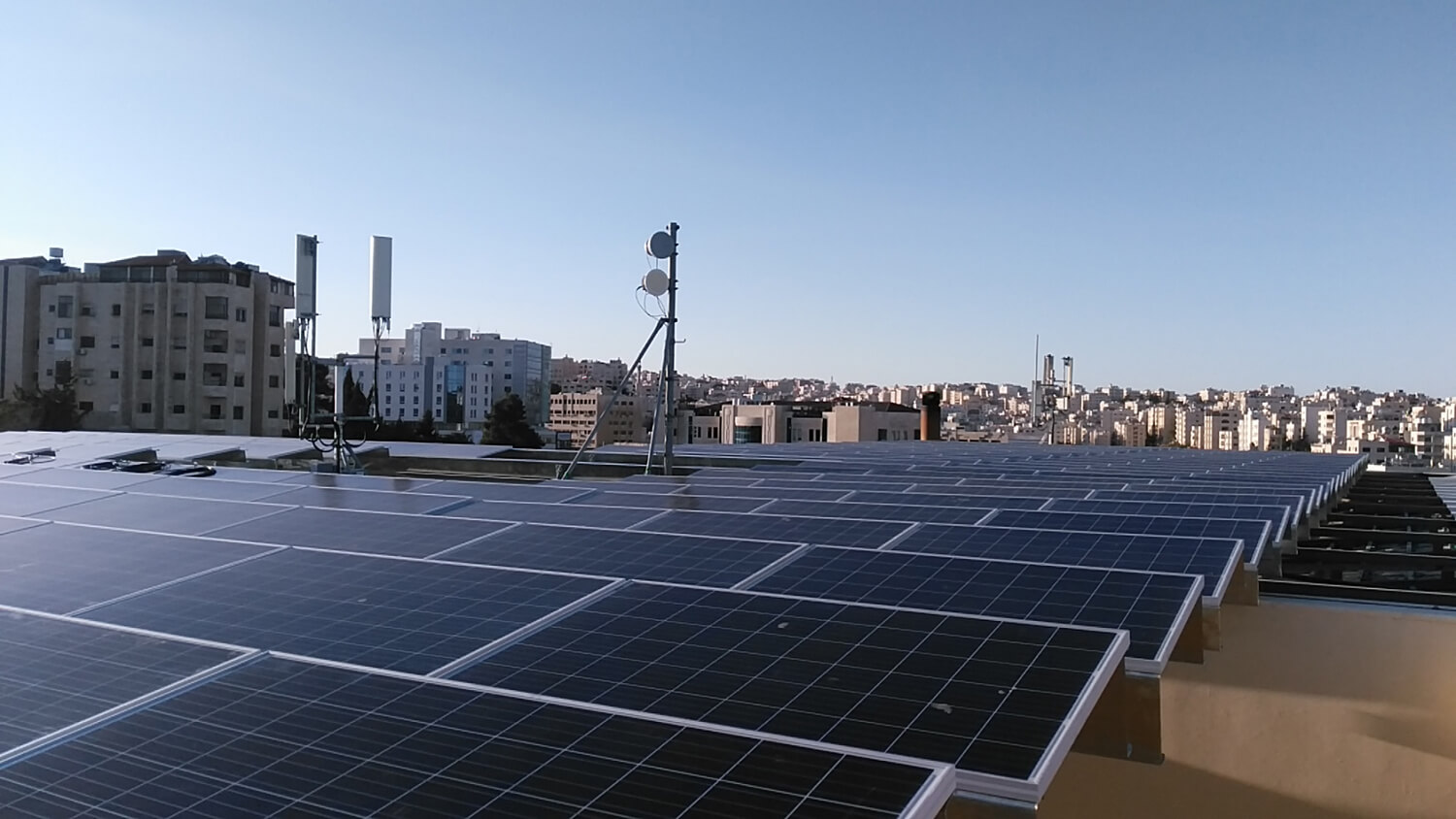 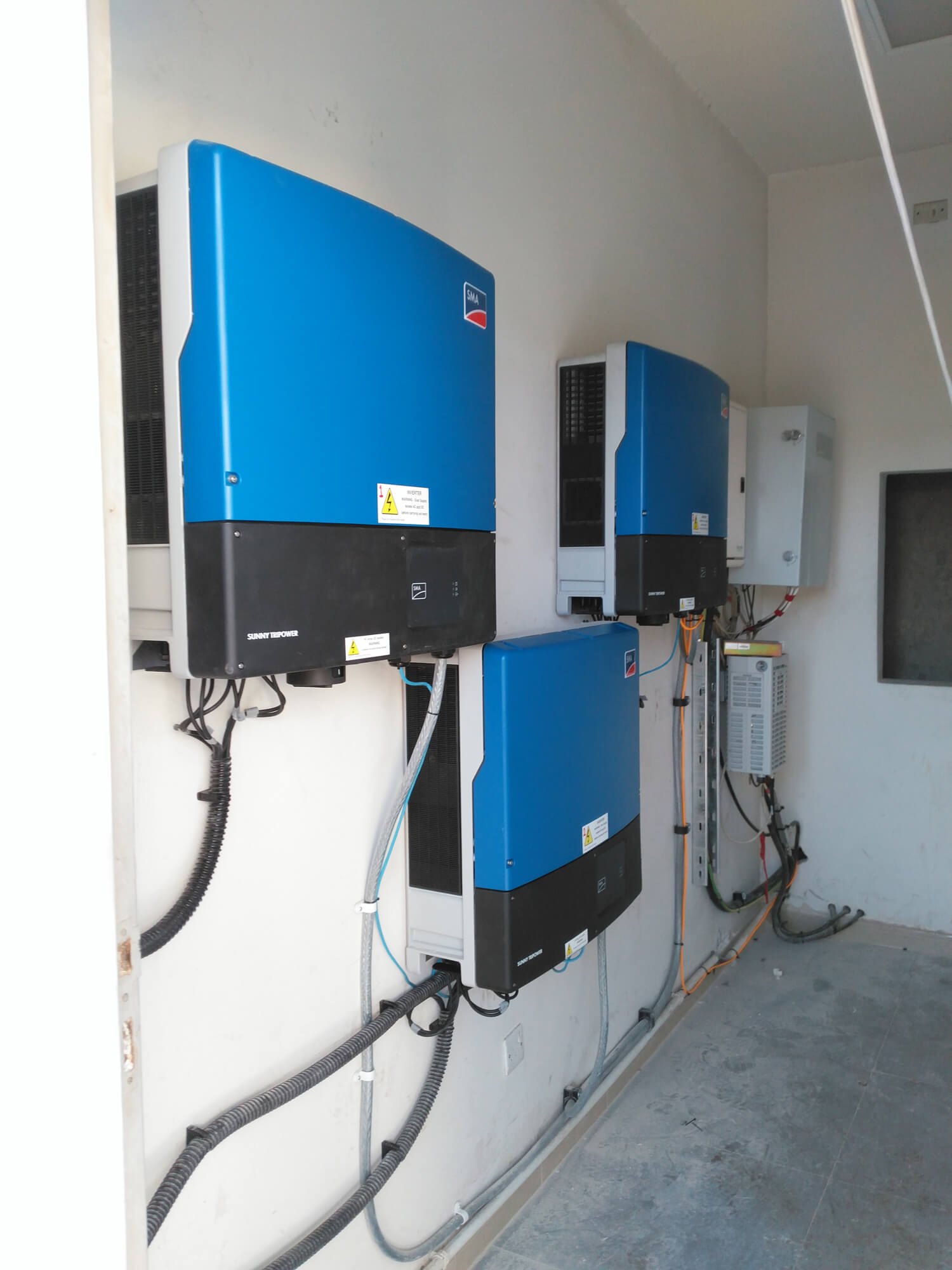